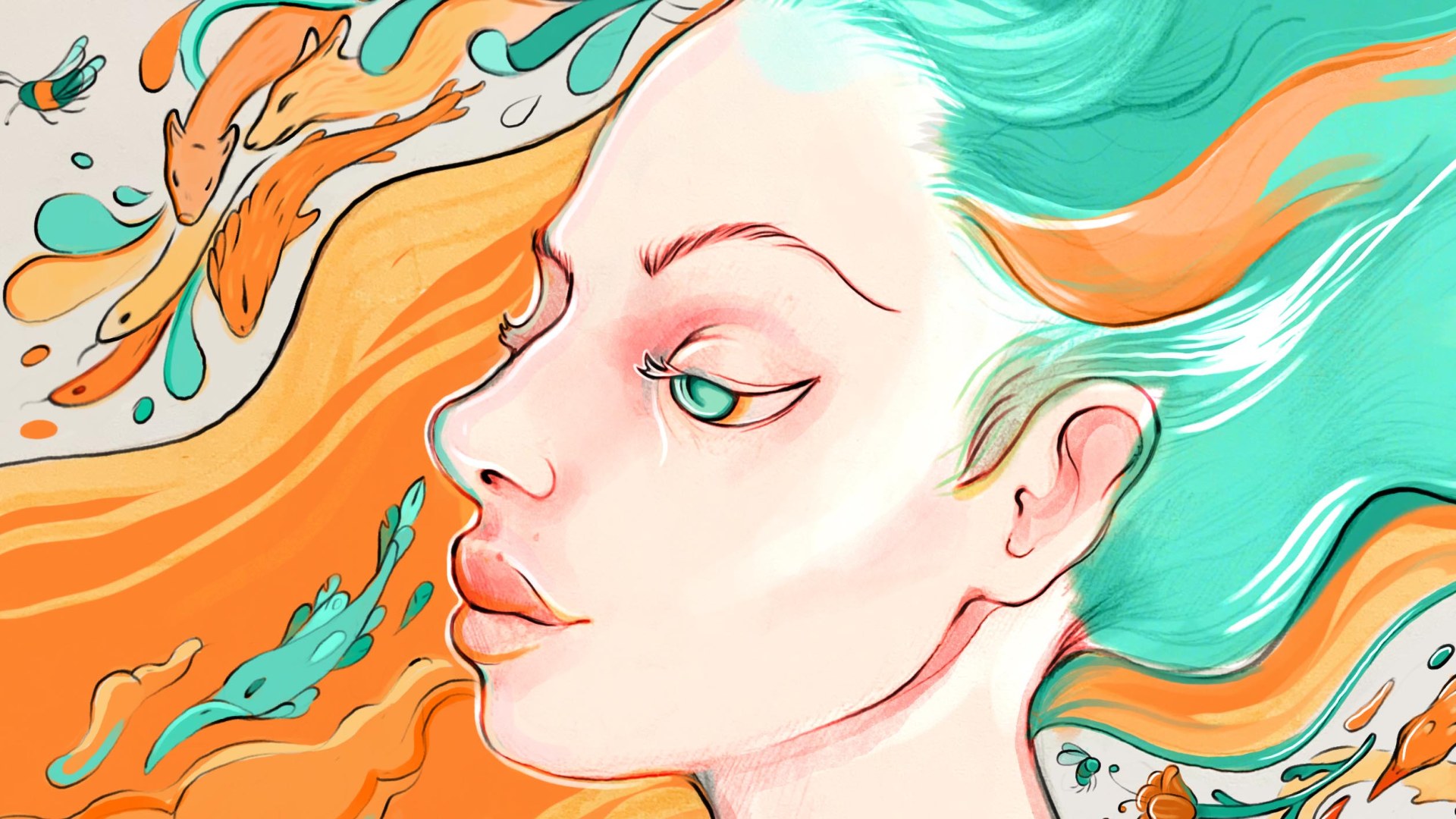 What is lucid dreaming?

Simply put its when people ‘wake’ up in the mids of a dream and realize they are safely tucked away in bed. They become aware while in a dream state. Does this sound strange? Have you ever had one?. It could be frightening to wake up in the ‘Matrix’. Not everyone is taken by the notion of having control in a dream

The decorating illustration for this post is inspired by the visual story of where the conscious meets the subliminal. I’m a visual storyteller. I illustrate and create imagery using  2D and 3D graphics software. One of the tools I use the most is called Maya. It’s a powerful 3D software. In Hindu the name Maya means illusion. It’s compatible with my latest fascination – Lucid dreaming.

Allow me to explain the analogy:

As a sworn escapist I always dive into books where reality was stretched. In films, my taste is just as fantastic.

when it came time to find a profession I chose the closest thing to Hogwarts. An MA in digital effects on the southern shore of England. A rainy salty town called Bournemouth. When I walked the halls from the computer lab to the green studio I skipped and felt like Hermione between divination class and Muggle Studies. After earning my degree I worked on films in Soho London and created digital magic. Dust, dinosaurs, sparks, sand avalanches. there was also a speaking mouse and a batman bomb.

I found the world of digital effects the closest thing to Harry potter’s wand. But my digital effects were trapped in the second dimension. They were also difficult to produce and relied on computer power and render farms.

What if just by imagining an effect –  a digital artist could manifest lightning? Their light would be blinding. An aftereffect of ozone would linger in the air. The thunder would rumble and rattle the bones.  Now I am not a scientist or a technical render engine coder. But I can imagine technology has a bit more to go before we can expect to see and feel this in the theaters any time soon. 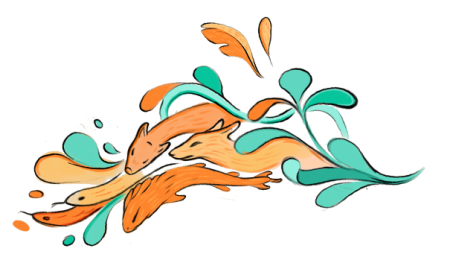 There is one place I visit daily that has more magic than Disney land.  A place where render software isn’t necessary to create magic. I find that place at night. It’s romantic and full of cryptic mystery. As a sworn lover of the dark, I found a realm with much better render engines than any I have ever used.

The realm of dreams. Have you ever had a dream so vivid you could taste the food you were eating? Feel the chill on your face and see further than the human eye could allow? I’ve had those. And what about when you go beyond the vivid and realize you’re dreaming? Those are the best. 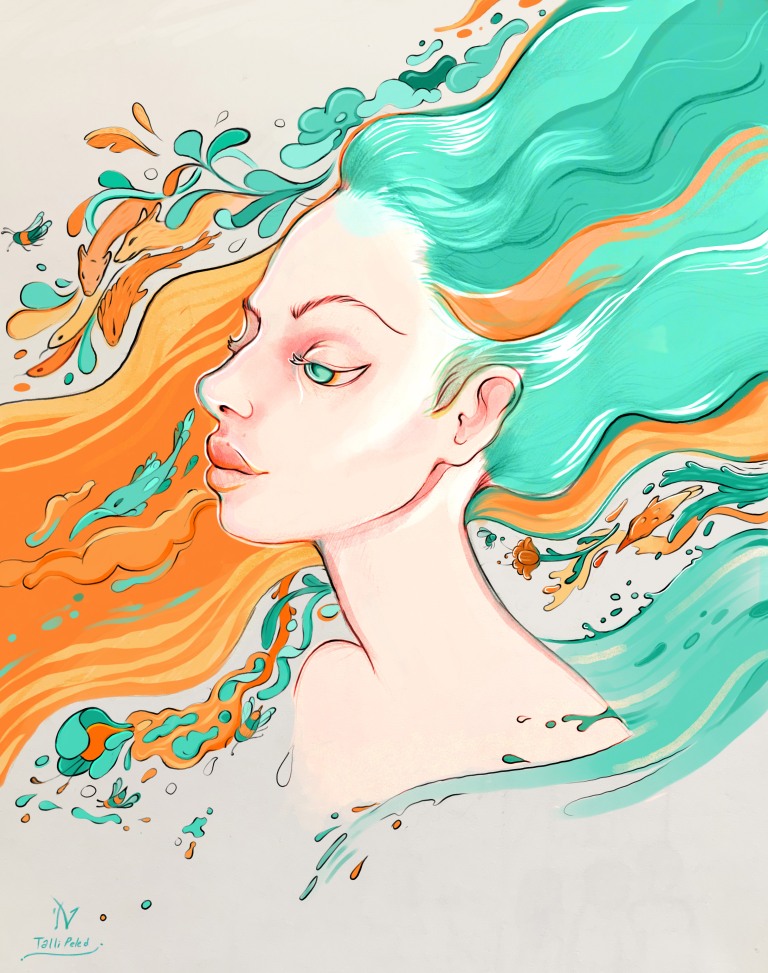 My interest in sleep came a couple of years ago with an idea for a book. A novel about sleep disruption. A story of how wrong it could go if there was too much or too little of it.

Sleep is a common topic in our house. My father is an Insomniac. He counts his sleep. He scrapes two to three hours of sleep on a good night and wakes at three AM for his first breakfast. A nap is crucial to give him the added sum for a decent sleep quota.

My mother can sleep for fourteen hours straight and catch a long nap at noon.

My little girl is a good sleeper but it took her two to three years to pull an all-nighter. I was a sleep-deprived mother. Living off snippets of slumber. I recall falling exhausted on the bed when she was a baby and immediately plummeting into an intricate dream. My sleep was deep and instantaneous. I marveled at how wise the body was to allow sleep to come so quickly. But I wasn’t satiated. Sleep pressure had me red-eyed and wobbly for months.

As for today. I sleep well because my daughter sleeps well. My hours added up. My sleep education and research began when I listened to a Matthew Walker lecture. Then I read his book “Why we sleep” and I was blown away. There was so much I learned and much of it got implemented in my life pretty much immediately.

My hunger for sleep knowledge grew still. I read Dr. William C. Dement’s essay ‘The Absolute Essentials of sleep Knowlege’  and learned about sleep disruptions such as Narcolepsy and night terrors. It’s a quick read about fascinating studies on sleep stages, sleep dept, circadian rhythms, and the horror of sleeping pills. But I still wanted to learn more.

That’s when I stumbled upon Robert Waggoner and his lectures on lucid dreaming. This was way beyond the mechanics of sleep. His research touched on something which humbled science.  About 55% of the population experience lucid dreams in their lifetime. Half as much experience it at least once a month. This data was taken from an article by Kirsten Nunez a health journalist. I belong to the later. Especially lately. I recall having lucid dreams as a young girl. I would fly or run like the wind and have superhuman strength. But with adulthood, those dreams were reduced to childish recreation. I stopped having lucid dreams and carried on having a serious responsible life. As responsible as an artist such as my self could have (which isn’t very serious). But lately, my fascination with lucid dreams received an added kick.

There are four levels in lucid dreaming that interest me the most. 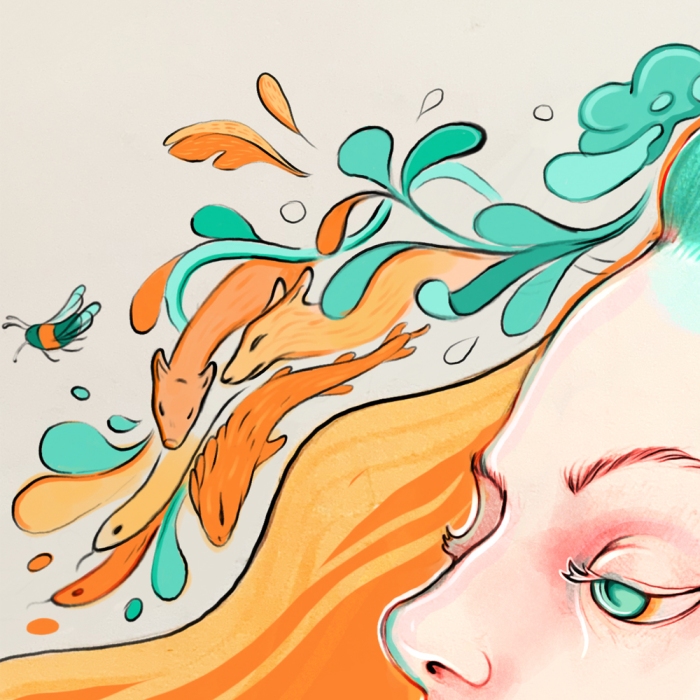 1. Is superficial. It’s about fun. If you’re a gamer then this is the ultimate game. Risk-free and fully immersive. It’s a chance to be a child again; to fly, be superhuman, irresponsible, and reckless. To try out telekinesis. To manipulate space. To boldly go where you’ve never gone before. I always feel very accomplished after being lucidly aware. The night stretches out. The dream is vivid and hyper-realistic.

2. Is more complicated and is directly linked with leading a mindful life. There is a practice called ‘Reality testing’. It is when you ask yourself the simple question of ‘is this real?”. A mental checkup. And when you do it enough times, lucidity could be evoked in the mids of a dream. I am all for leading a lucid life. To stop during work and pay attention to me. It’s a massive de-stressor.

3. Is about pulling back the curtains and peeking into the sub-conscience. I recall becoming lucid not long ago and after the initial excitement, I asked a dream figure what he represented. ( A question I adopted after reading Robert Waggoner’s Lucid dreaming book). Sadly, I don’t recall what the dream figure said. But I do remember the feeling of how significant and true his answer felt. On another occasion, I recall becoming lucidly aware in a dream. I looked out of the windshield and saw a cloudy sky swirling with heavy grey clouds which promised a storm. Incredibly a tornado was coming right at me. I became lucid and flew up just as palm trees began crashing all around me. I asked the scene to show me something interesting. But I became so fearful and emotional I could hardly keep my awareness stable. The dream collapsed and that was that.

4. Is not for the faint of hearted. It’s for dealing with unresolved issues. To confront trauma or phobias. To perform public speaking with no risk of embarrassment. To bungee jump off the highest bridge or parachute out of a plane. To have a hard talk with a loved one. I’ve never attempted this faze. Not yet.

Whenever I want to lucid dream I pick up Robert Waggoner’s book and read a few pages. There are more techniques to get lucid beyond reality checks.
Dream journals are helpful to pay attention to dream patterns. I have one but haven’t filled it in a while. When I write down my dreams and re-read them something amazing happens. I recall the visual data. It’s like the memory of the dreams is stored in an archive and through reading the written words I relive the imagery.

Another way is to harness the power of sleep paralysis. I used to have loads of those. It’s a natural mechanism by which the body paralyzes the muscles so we won’t act out our dreams. But when this occurs on the cusp of sleep and wake fullness the effect is terrifying. A frozen body with a wakeful mind. Ominous noises. Flashing lights. It’s the stuff of nightmares. I recall being horrified as dark shadows lurked around my bed and I was yanked along with my sheets and flung in the air. It scared me so much I began reading about it. When I learned the nature of the phenomenon I found it was a gateway for lucidity.

There are lucid inducing diets. Lucid stirring drugs. Supplements and  WBTB (wake back to bed) – waking your self at night after a sleep cycle. But I am not a fan. I wouldn’t want to sacrifice a good night’s sleep for lucidity. I am also not enthusiastic about odd supplements.

I am not a scientist, nor am I a sleep expert.

I’m just a storyteller and so I will focus my attention on the story.

The subject is so loaded I could sit and write a book about it.

I plan to do just that.

Any similarities between waking life and the dream realm in my purely fictional story would be purely coincidental. Or not.

Hi, My name is Talli. In my profession I illustrate, design, manipulate reality with the power of 3D software and Photoshop. Sometimes I like putting thoughts down on digital paper. I publish mainly for myself, but if you happen to drop by I will happily accept your visit in delight. I'll even offer you a warm beverage and a fun discussion on art, spirituality, creativity and even parenthood. View all posts by Talli