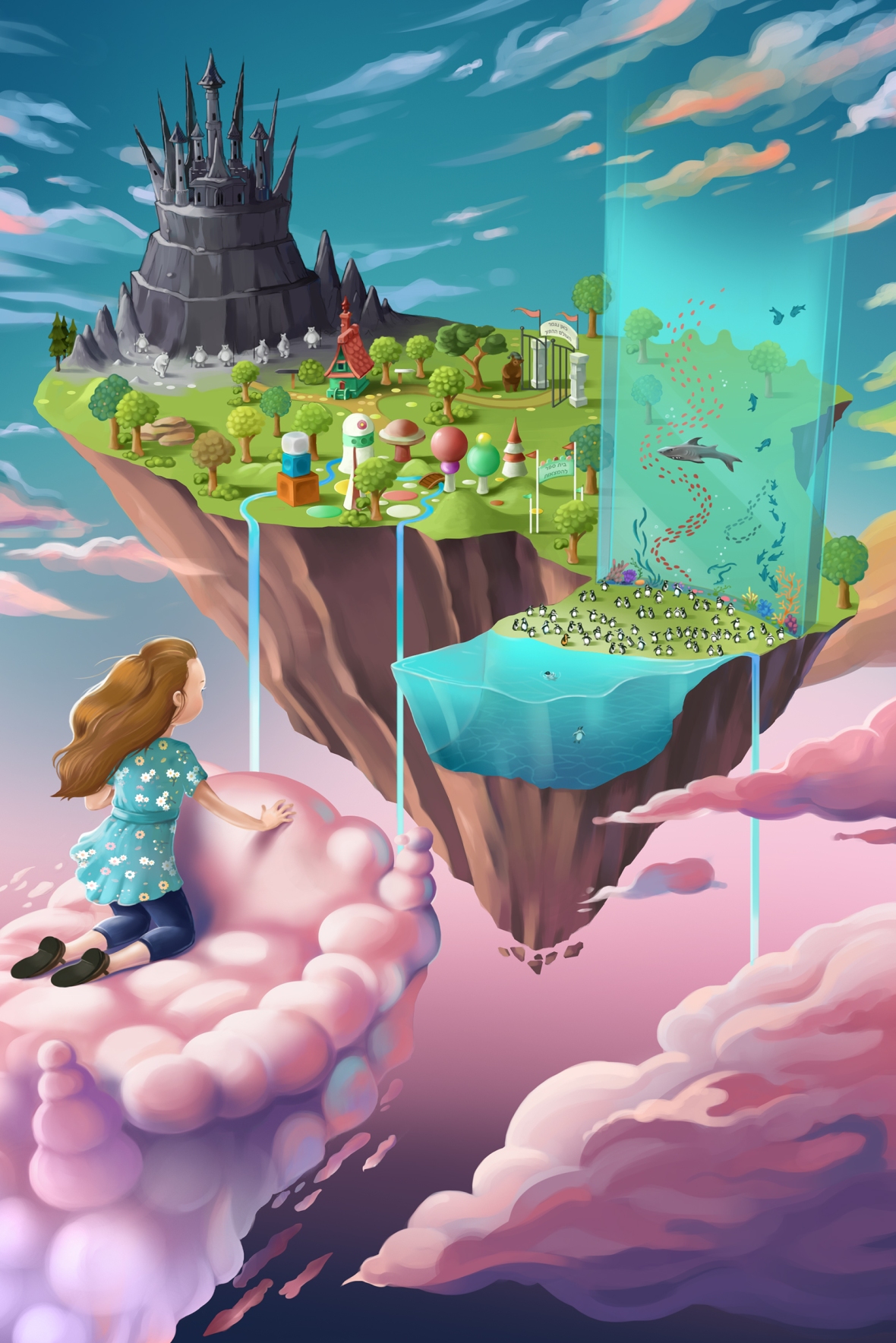 I was approached by Rimonim publishing to illustrate a unique book. I’m always interested in anything that has anything to do with education and children. After all. I feel like I owe it to society, after years and years of working in advertising. Or working for the devil as I “joked” with my peers.

Children’s book illustration is a breath of fresh air.

And “The kingdom of Urika” Fit the bill perfectly. Written by B&G CEO in Israel Ophir Guttman. The book is full of ideas and elements aiming to get children to tackle and problem solve using out of the box solutions.

The author and myself had a long discussion before diving into the illustrations. Ophir wanted the feel of the book to be magical and 3 dimensional. Here are some of the drawings. Along with the process.

The first illustration. Was by far the most challenging. I worked on it for over two weeks. I made an initial drawing. A very rough sketch.

Here it is: Not so detailed ha… 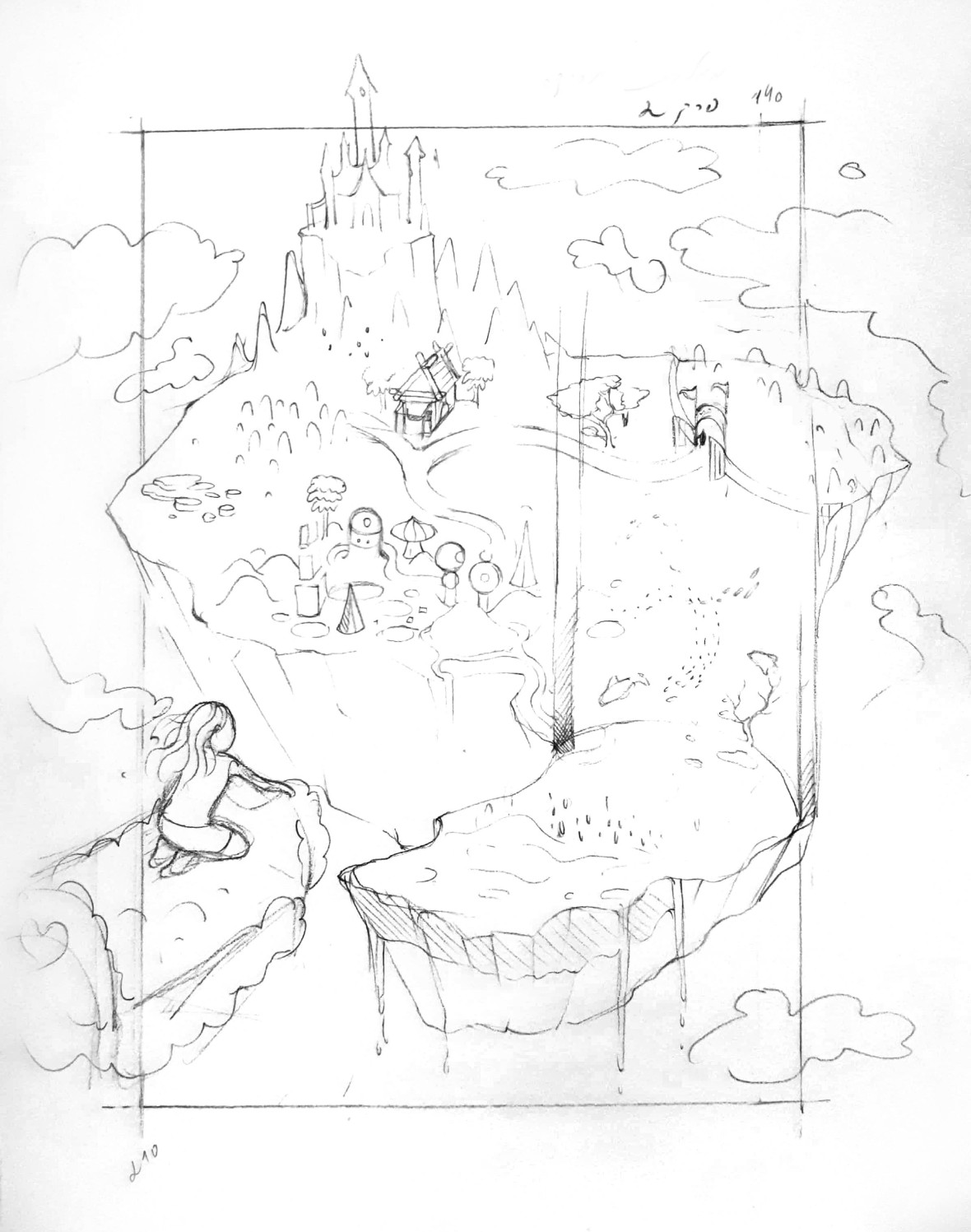 I scanned it and uploaded it into a 3d software. Where I modeled the elements of Urika. A floating rock among the clouds. A realm of dream and magic and adventure. And then changed the angle and found a better frame. I love the fact that changing camera position is so simple in 3D.

Now I had a great setup for adding detail! The details were added in photoshop. Trees. fish, bears, penguins, cracks, dents, water and more. But the best thing was that I had a great reference for light and shadow.

So it took a while. But I was pleased with the result.

Here’s another illustration. This time I didn’t use 3D software at all. This was just a “simple” sketch and paint work. With crazy underwater colors

But I didn’t put the 3D software aside just yet. I needed it for another drawing.

This time it was with Albert the caterpillar. A character in charge of the patent office in the story.

I thought his office could use a 3D touch. It made things so much easier. Lighting, perspective, proportions. Oh my gosh! What did I ever do before 3D?

Well I guess my 3D education came full circle, to help me out with my first love – Which is  drawing.

Then it was time for some basic color. To test the atmosphere.

The final drawing with Albert. The Caterpillar. 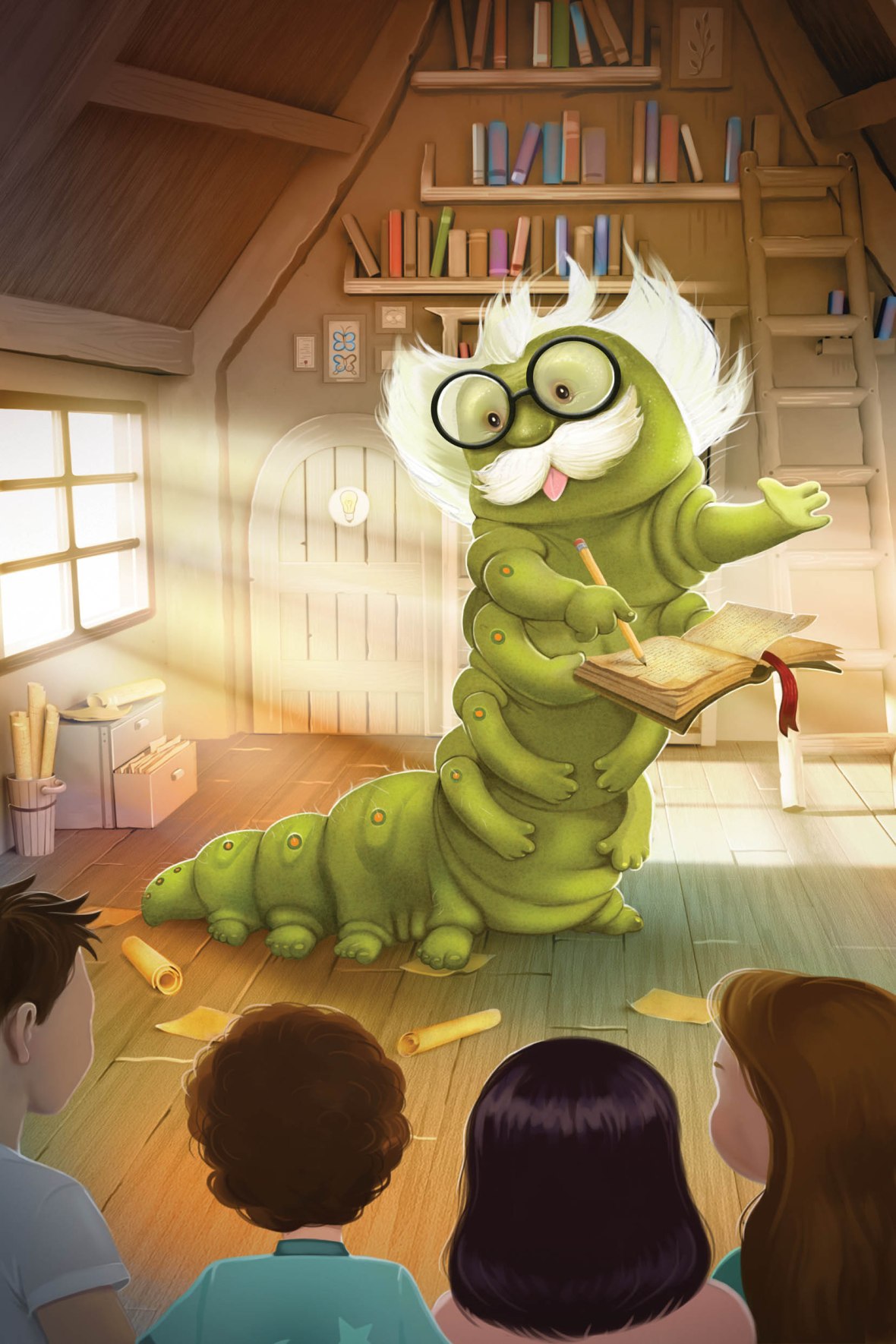 It was a fun process and now the book is out. I’m no an affiliate. i just worked on the illustrations and that’s about it.

But if anyone is interested it can be purchased through Rimoning Publishing here . The book is written in Hebrew. But I have a feeling it won’t be too long for worldwide markets. That’s the thing with CEO authors. They make things happen!